We continue our boat trip along the coast of the Capri Island. After rounding Cape Tiberio, we head to the main object of our boat trip, the Faraglioni rocks. 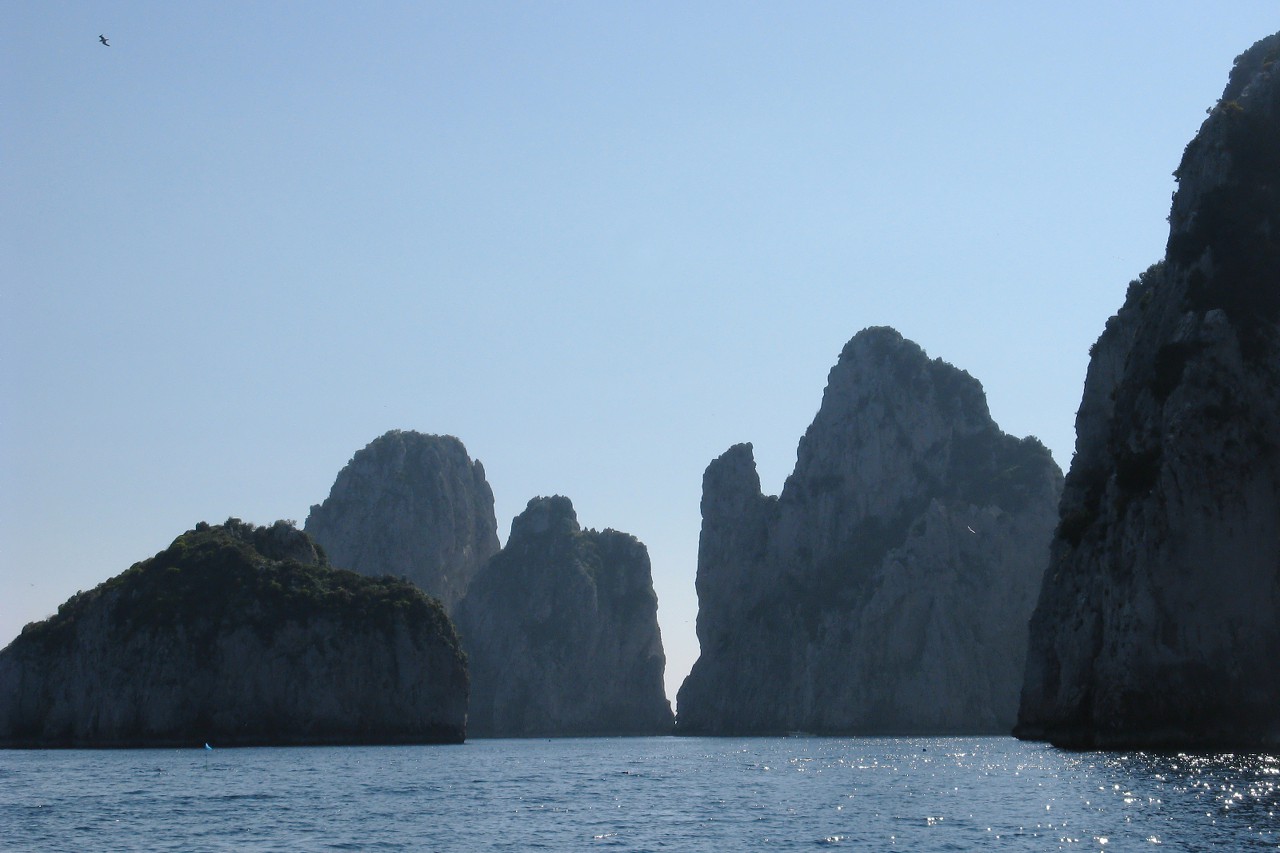 The word Faraglione literally translated from Italian means stack, so called rocky cliffs that emerge from the water near the coast. These rocks were mentioned by Virgil in the Aeneid, it is possible that the name of the rocks came from Faros, which means lighthouse. According to an ancient chronicler, a fire was lit on the rocks at night, indicating the way to the Bay of Naples for sailors. 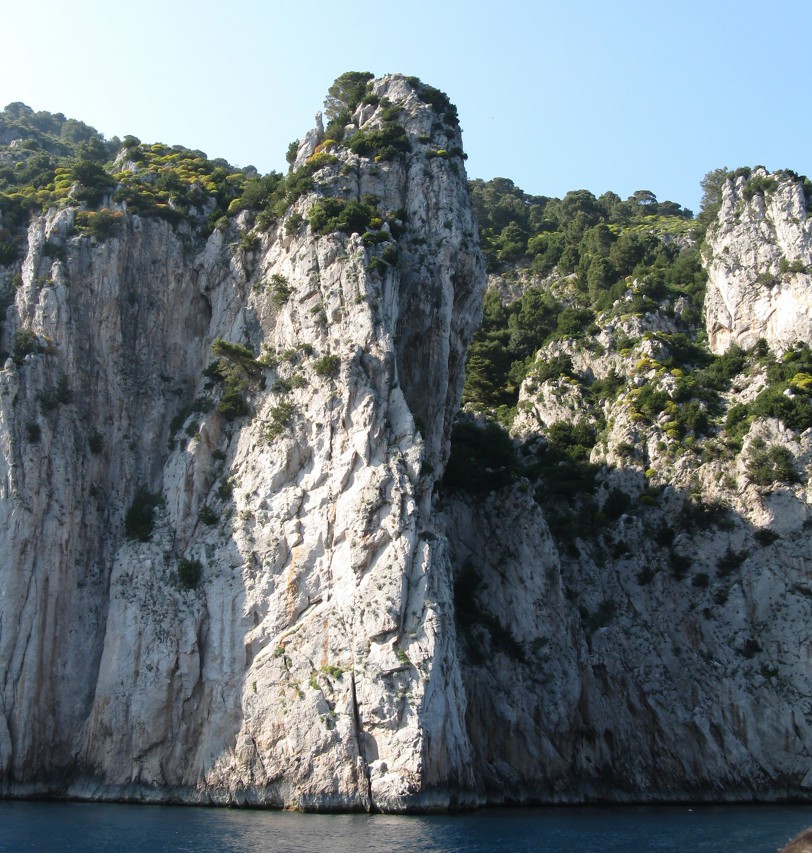 These formations include the famous Faraglioni rocks. They were formed as a result of wave erosion in shallow water, where, as is known, the height of the waves reaches the maximum value. The force of the surf destroys softer rocks, resulting in bizarre stone giants. 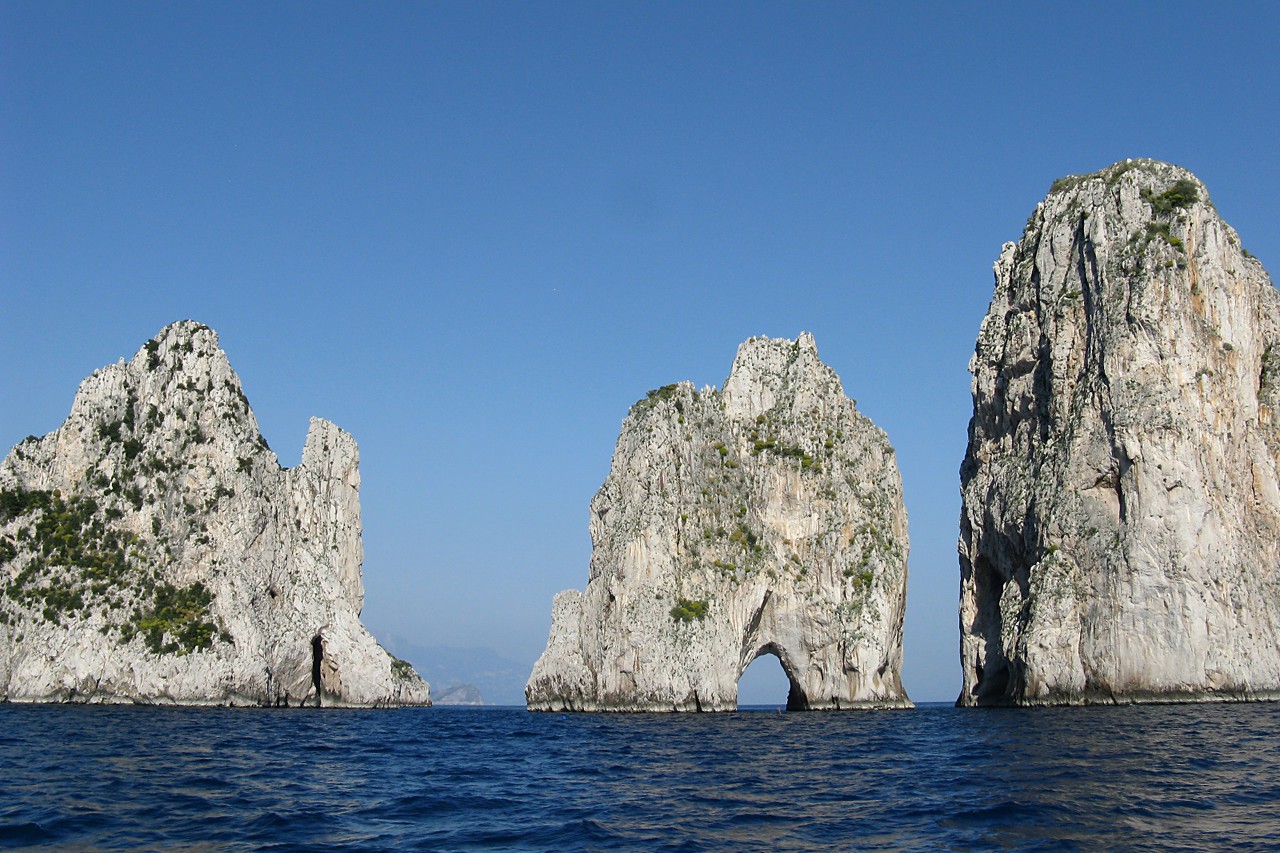 The rock closest to the mainland and connected to it is called Terra (Earth), its height is 109 meters. For its shape, the rock is often called Saetta (lightning). 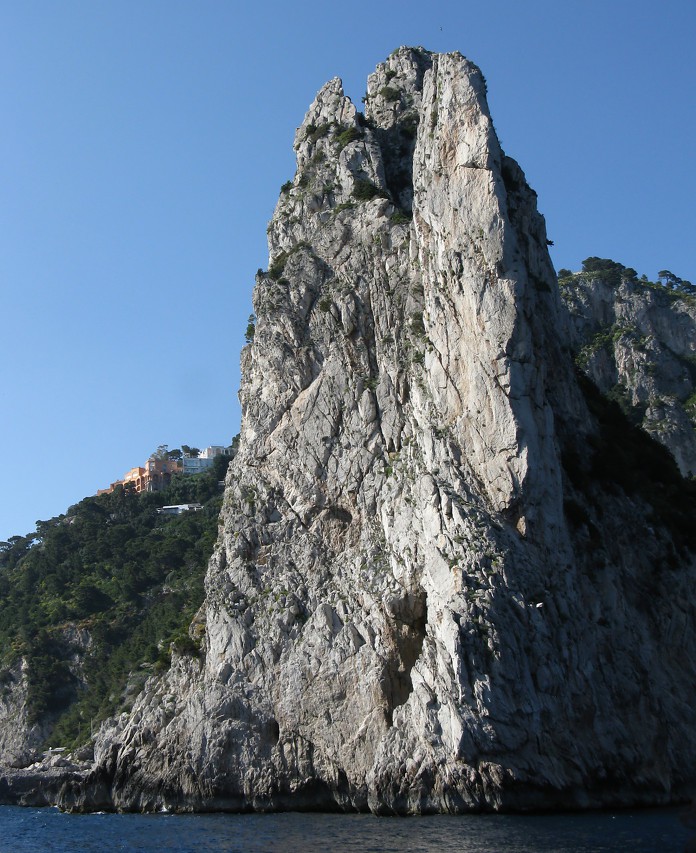 The Fouri Rock (or Scopolo), located on the sea side, reaches a height of 104 meters . It is home to the famous blue lizard (lucertola azzurra), a subspecies of the Italian wall lizard that mimicked the color after separating the rock from the mainland. 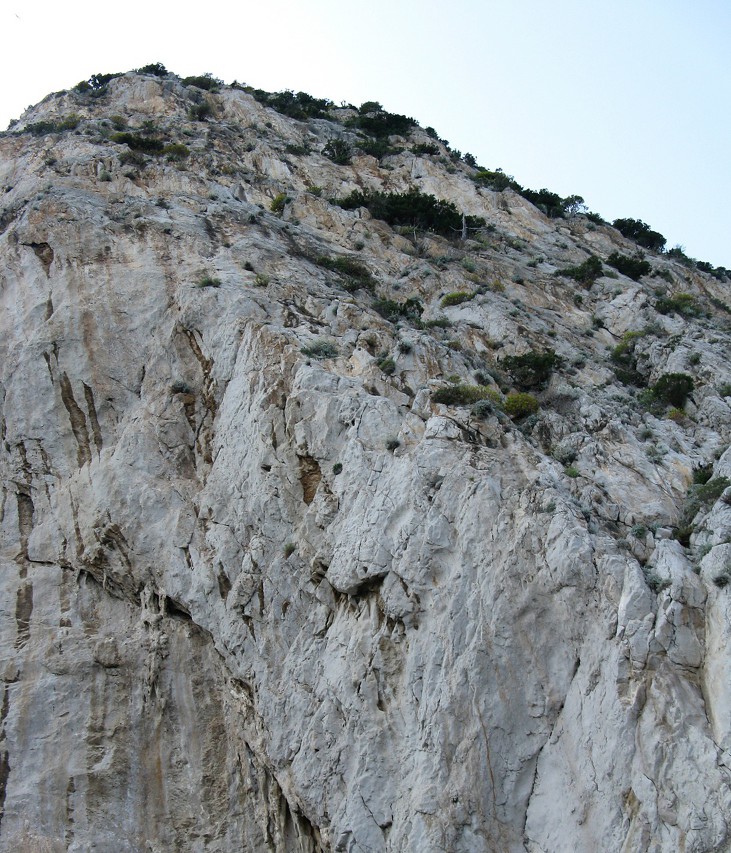 The tunnel is known from many films. The most famous, perhaps, is an episode from the Comedy "The Second Tragic Fantozzi" (Il secondo tragico Fantozzi) directed by Luciano Salce, where the hero Paolo Vilagio passes through a tunnel on water skis, causing an earthquake. Russian-speaking guides gave the promontory the name "tunnel of lovers" and like to tell stories about the fulfillment of wishes made during its passage, but Italian sources do not report anything about it. 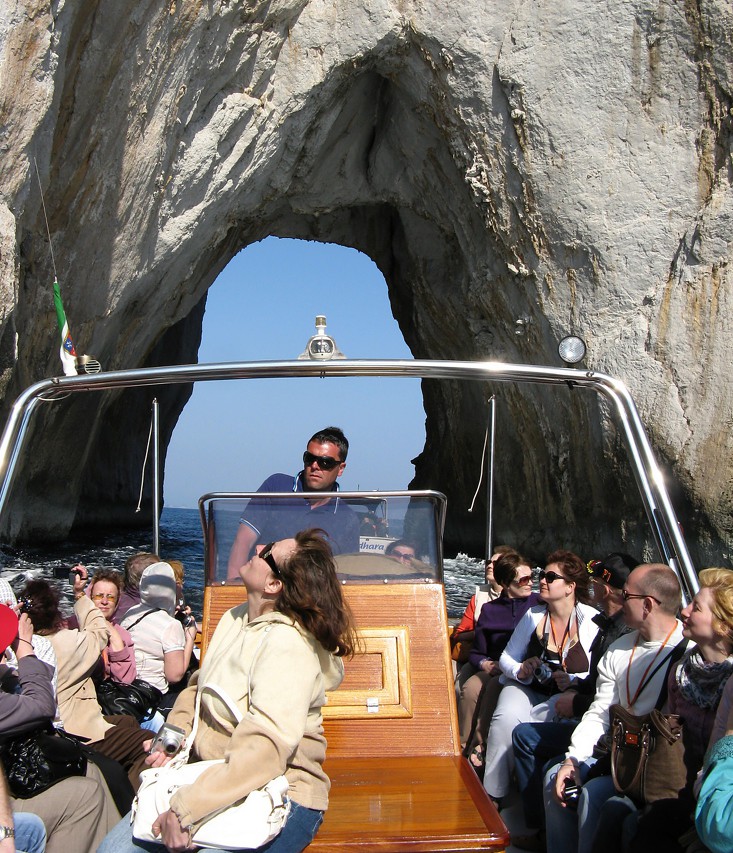 Monacone Rock it also belongs to the massif Faraglioni got its name from the colony of monk seals (Monachus monachus) that inhabited it earlier. Rare animals fell victim to predatory fishing, the last seal was killed in 1904. 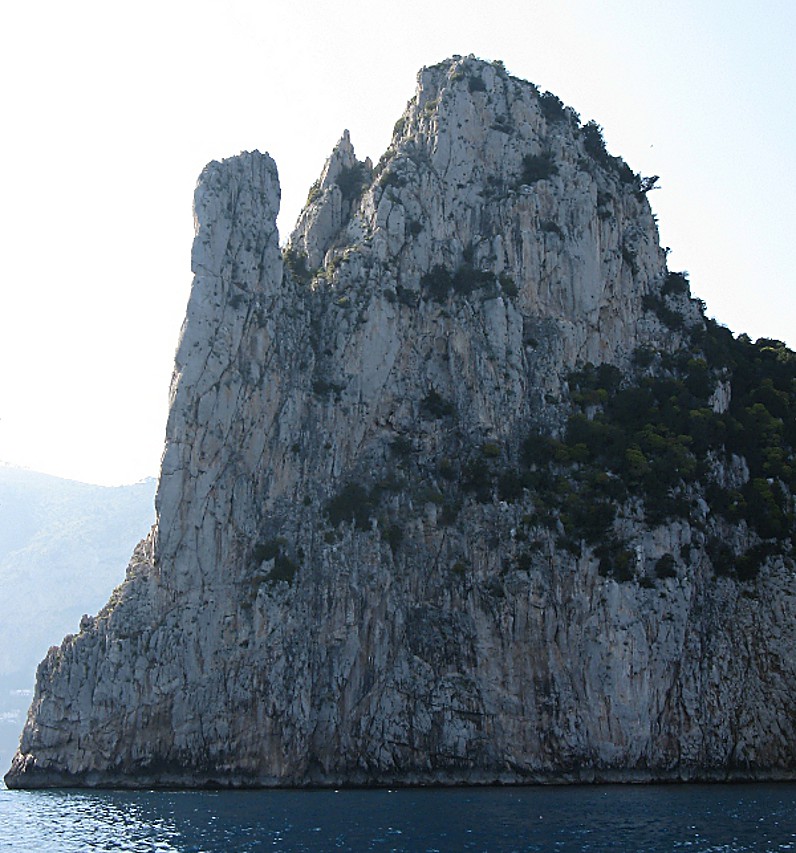 The remains of Roman brickwork were found on the rock, which, according to legend, is the grave of Masgaba, the architect of Augustus Octavian. Archaeologists also suggest that their purpose is more prosaic - it is the ruins of reservoirs for salting fish. 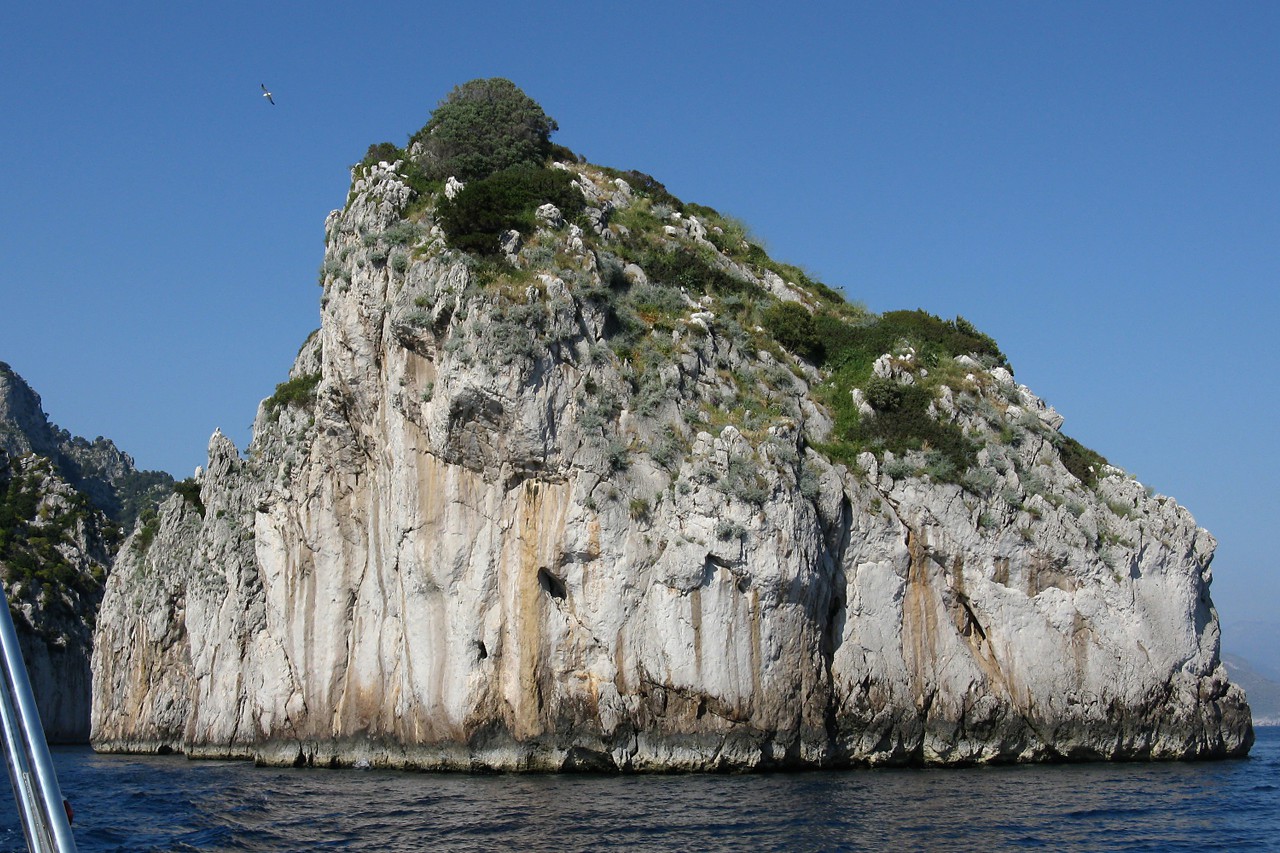